You all know my son Todd and wife Lori gifted us with a Dream Cruise to Alaska...........
However it only takes one United Airlines Flight Delay to turn your dream into a nightmare!
Sit back and have a good laugh at our expense ??? :) 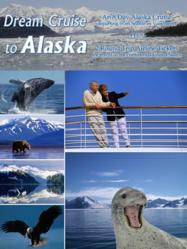 We left Hattiesburg and drove to New Orleans to spend the night as we had to be at the airport at 4:30 AM for our 5:54 Am flight to San Fransisco aboard United. We were told the flight was delayed due to mechanical problems and "hopefully" would take off at 12:00 noon. We were then told that all flights were overbooked and we would NOT make our ship in Seattle ! OMG! I was in tears! Since our flights were booked by Princess Cruises and United guarantees you to make the ship, United told us that we were to be switched in San Fran to Alaska Airlines, put up in a hotel in Seattle and flown to Juneau on Sunday morning to join our ship at noon on Monday. Take my advice....don't EVER book on United !!!

So we get into bed at Comfort Inn Suites in Seattle at midnight and had to get up at 3:00 AM for our Alaska Air flight to Juneau. Alaska Airlines is awesome and they put us in 1st class to Juneau. 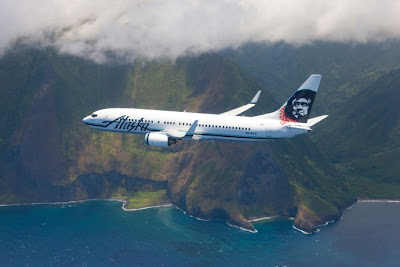 We arrived in beautiful Juneau at 7:00 Am Alaska time Sunday morning. 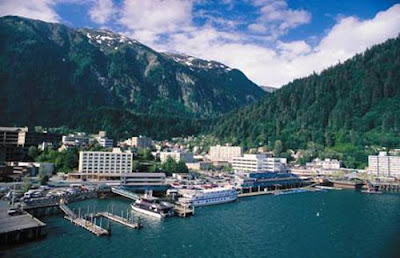 The airport is very small but so pretty. These were hanging in the airport. 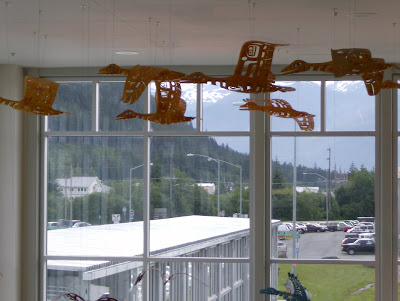 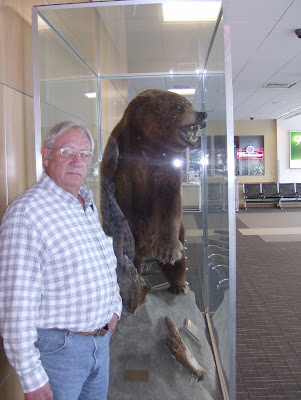 This is a view of the Taxi parking lot and a gorgeous mountain....... 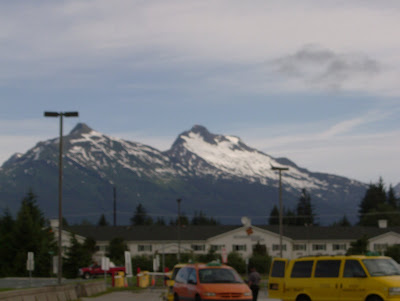 We were picked up by our hotel, The Driftwood Lodge, who were absolutely wonderful in getting a room ready and letting us check in early as we'd had only 3 hours sleep. Our room was the one on the bottom right, in back of the gray and red cars. 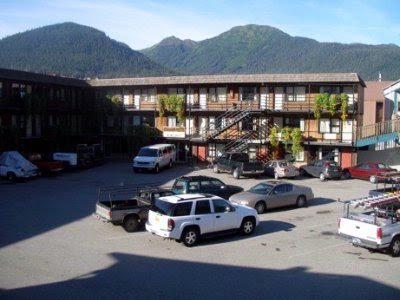 Right next door was a wonderful cafe The Sandpiper. After a hot shower and a few hours sleep we had lunch there. Hubby tried an Elk Burger which he did not like but I had a Reuben which was so good. 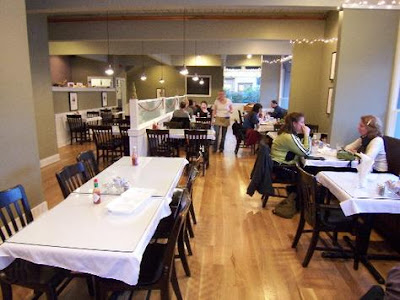 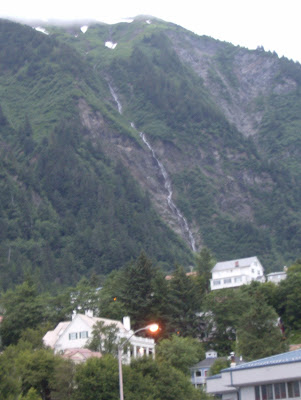 Juneau is full of these huge Ravens and they have no fear of humans. I loved hearing them as they seem to converse with each other constantly. 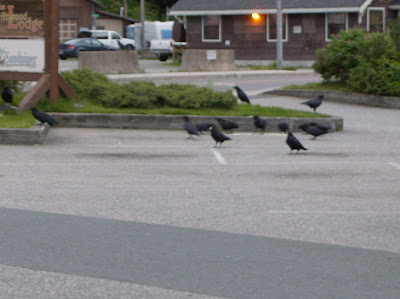 We spent Sunday resting and hoping that "someone" would find the suitcase that United lost when we were in San Fran that contained most of Hubby's clothes including all his jeans and underwear ! Since the cafe closed at 2:00 PM we ordered a Pizza delivered to our room from a local place that night. Talk about heart failure! $ 30.00 for a large Pizza! Good thing United was footing the bill! At 10:30 PM a Taxi brought the suitcase and Hubby was so happy! 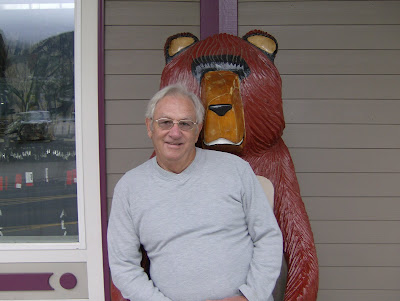 Monday morning we were told by Princess that we would NOT be allowed to board until all passengers had disembarked the ship which meant that we would NOT get to go on our Juneau Excursion for Whale Watching & Mendenhall Glacier !! Here comes the tears again! So we went for a walk on the streets of Juneau and since all the shops don't open until "a ship docks" we only saw this lonely Bear. 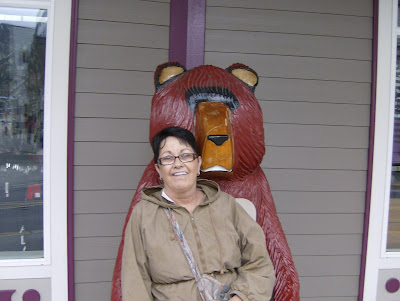 It was freezing and I had forgot to bring my hat & gloves on the walk. The temp was about 49 but the North Wind blows constantly and is so strong it goes right through you! 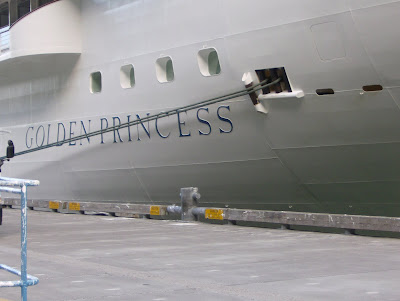 At 11:30 my son called and said they were docking so the hotel loaded us up and took us to the pier. We were shocked to see about 20 others waiting who had also missed the ship in Seattle due to United. We met 3 couples from Shreveport, La who had gone through a worse ordeal than us. We also got to see our family coming off the ship on their way to the excursion which made me feel much better. When we checked in we were told we could book a later excursion in Juneau but I WAS NOT ABOUT TO LEAVE THAT SHIP !!! :)

I have to say Princess treated us like royalty once we boarded. 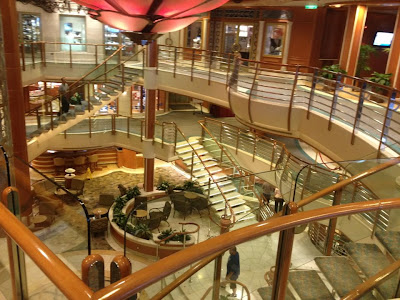 Of course the ship was pretty empty because everyone had been on the ship since Saturday and were ready to feel land under their feet. We also learned that in reality, we were lucky because they had gone through some rough seas and half the ship got sea sick and all the entertainment was canceled because the ship was rocking so bad. 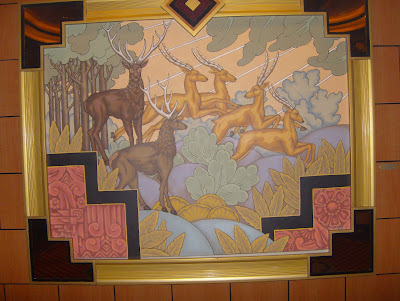 So.. you now know how the Dream Cruise began.... 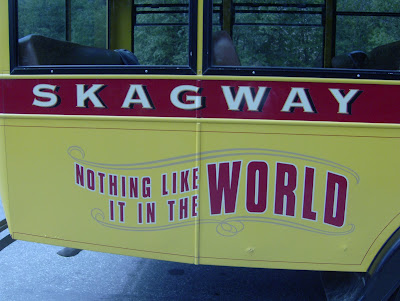 I'll remember not to ever book a cruise using United.....

Looking forward to seeing and hearing more about your cruise.
Hugs,
Betsy

What a story! Maybe "someone" knew you all would not do well on the rough seas. That is the way I look at it. Alaska sure is beautiful.
I know about airline ordeals. My story with American Airlines is a nightmare, and I will never fly with them again. I don't have much experience with United. They have all gone to hell in a hand basket!