CANCER.........a word everyone dreads to hear! It breaks my heart when I hear of someone facing this fight. Other than my brother-in-law who successfully recovered from Prostrate Cancer years ago, no one on either side of my family has ever been diagnosed with cancer thank God! Let me retract on that, I was mis-diagnosed with Ovarian Cancer in 1997 by a Radiologist, a MD, and 2 different Gynecologists, the last of whom had the good sense to refer me to Oncologist/Gynecologist  Dr. David Bard at the University of Arkansas Medical Center in Little Rock who told me it was NOT Cancer. It scared the beejeezus of of me though and I thank God everyday that I am one of those people who always wants a second opinion before believing anything I hear. Even before that fiasco I was very interested in Herbal/Holistic Medicine and read everything I could find on the subject. Below is the book that started my reading......... 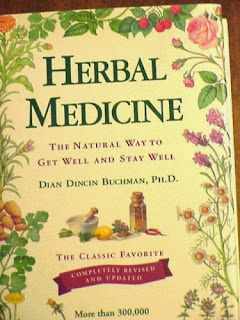 With the coming of the PC, the Internet, Google and Amazon, I have acquired a very impressive medical library. However is was the book below that really got my attention concerning disease and its causes. Guess what? It all goes back to the age old adage.... " We Are What We Eat " !
What we put in our temple determines the health of the temple. Don't get me wrong, I do believe that  Western Medicine has it's place when it comes to trauma but when it comes to diseases, doctors are all about pharmaceutical drugs. The pharmaceutical industry owns the medical industry in America and it is all about  money not the person. They have a drug for everything and every one of those drugs have side effects that are often worse than the ailment they are prescribed for! 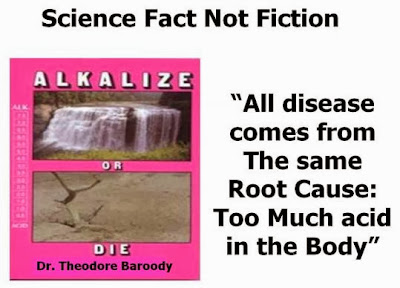 I'm not trying to be some " know it all " nor am I saying that a life style change is easy. Giving up all the food and stuff we call food that is lethal to our body is perhaps one of the hardest things in life to do. Let's face it, we are products of our environment. We love food in America! Look around you, America is the most overweight country on earth ! I need to lose at least 10 pounds or more myself. Most of what we eat, is acidic to our bodies and acidic bodies get diseased. Nexium is one the most prescribed drugs on the market! Eight out ten people in the US are diagnosed with acid reflux. Our body is meant to be alkaline not acidic. Cancer cells CANNOT live in an alkaline environment!!  However, no medical doctor is going to tell you that because Cancer is big business in America and it's going to stay big business as long as it is owned by the big three pharmaceuticals.
Chemotherapy is a 200 billion dollar a year business and it is nothing but pure poison! People spend billions to poison their already sick bodies? I know how scary it is to be told you have cancer, I understand how desperate it makes one feel ! I also know that the human body is designed to heal its self  if given the proper nutrition. I would never go the chemo route, I do not believe it works, it makes you even sicker, it's adding insult to injury. I am not bashing people who take this route, I understand it totally, you are desperate and have been led to trust your doctor!That is the American way. Doctors not only prescribe it, they too take this route. However we must remember that doctors are not taught nutrition in medical school, they are taught disease and pharmacy. They do not work for you, they work for the AMA which is controlled by the Big 3 Pharmaceuticals. Your health lies in your hands, who are you going to trust with it?
I hear you saying; " what about the people who do take chemo and survived cancer " ?
I think if we could look close at their lives, they did something else also. Did they begin a better diet? Did they unknowingly change it because the chemo made them too sick to eat bad stuff? Was it prayer? I do believe it was something other than chemo ! All I'm asking is that if you or a loved one is diagnosed with cancer, don't give your doctor complete control of your life. Do your research, YouTube is full of great information from survivors who took charge of their own health. There are dozens of videos on You Tube of a TV show called  " The Incurables " featuring people who were sent home to die by their doctors from all sorts of diseases who wouldn't give up. Look for one on there by typing in Baking Soda and Molasses Cancer Cure from a man with stage 4 prostrate cancer who was told by his doctor to get his business in order because he had less than six months to live! Robert Morse ND on the video below has spent 40 years helping people recover their health, he's brilliant ! We are about to enter 2014, let us all make a vow to take charge of our health and make it as healthy as we possibly can !!!