Last night at 8:34 PM I came to the end of perhaps the most beautiful, magical book I've ever read! 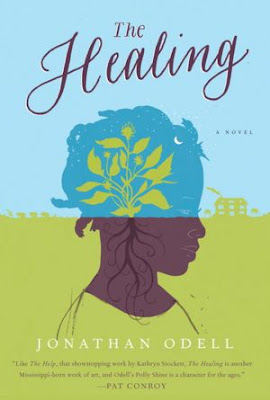 Not since I finished The Help by Kathryn Stockett has a book made me sit there and bawl like a wounded child. I knew half way through this book that even trying to review it would be hard for me. No matter what I write here, I will never do it justice. I remind myself now that I'm not a professional reviewer, I write reviews of books for my friends, those who know me through this blog and know my love of books and what I like to read in hopes I can help them choose a good book for their own reading pleasure.

Jon Odell like me, was born and raised in Southern Mississippi, in fact just a few miles up the road in Laurel. It seems we are close to the same age also. Like most of us here, he too is wounded by the racist atmosphere we were forced to endure growing up. I think perhaps the term;
" ignorance is bliss" applies to most of our generation growing up here but for some of us, that bliss became a festering sore as we entered adulthood. Also like me, Jon too escaped, I fled to Tennessee, he fled to Minnesota. In 2003, I came home to find not much has changed, he hasn't.
Instead, he turned his wounds into what can only be described as literary genius! I'm sure that because of my past, this book touched me in ways that many who read it will never experience but no one who reads this book will be left untouched by it.

In NO WAY does this book belong in the same categorization as Gone With The Wind, To Kill A Mockingbird or The Help except for the fact that it is just as powerful and deserves the same recognition. 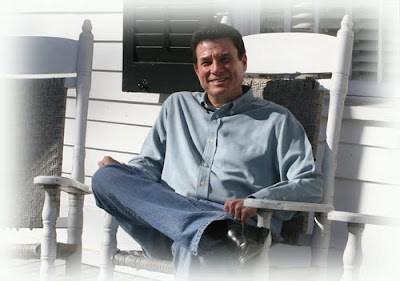 Set in Pre-Civil War Mississippi on a cotton plantation Jon takes takes us into the mind, body and spirit of slavery. We experience the evil of slavery through the stories of characters so real they will forever stay with us. Jon captured place so well I felt the vibes of a perfect storm seeping through the earth, coming through the air, to send this horrible institution Gone With The Wind as it should. We learn the true meaning of Freedom and In The Beginning.
The sad part is...racism still exist in the minds of some and I fear I will never see the end of it before my life ends.

I know you want to hear WHAT this book is about. I'm not sure I can explain it right now as I'm still so overwhelmed by it but I'll try.

During a Cholera out break in 1847 on the plantation the 12 year old daughter of the plantation master becomes ill. He refuses to seek help for her believing that Cholera is a "slave" disease. After her death, the Mistress insane with grief, steals the newborn Yewande from her slave mother Ella. Renames her Granada and turns her into a *pet* replacement for her dead daughter leaving the child with a confused sense of who she is and where she belongs.
In 1860 another *slave* disease called black tongue strikes leaving half the slaves dying.
The master goes to Carolina and pays 5 thousand dollars for an old woman slave doctor named Polly Shine, builds her a slave hospital and gives her free reign of the plantation. The slaves fear her, is she a hoodoo woman? What is this magic she possesses? After she cures the black tongue disease she becomes adored and revered by most of them who now call her Mother Polly.
The master allows Polly to choose the young girl Granada as the one she wants to train as her future replacement. Granada is sent from the big house to the hospital to live with Polly. She is afraid of Polly and hates not being able to be with her white Mistress anymore.
This is Polly and Granada's story................a story you won't soon forget !

The Healing is Jonathan Odell's second novel. Below is his first, The View From Delphi. It is also set in Mississippi and deals with racism. I have read the reviews and expect to be blown away by it also. I intend to start it tonight. 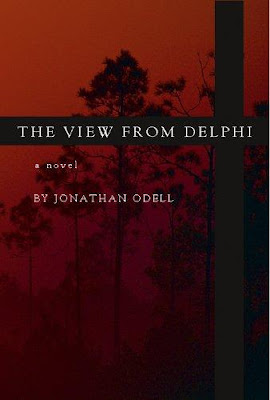 Labels: jonathan Odell, The Healing, The View From Delphi

I have read both books and in some ways preferred The View from Delphi although The Healing is destined to a a classic. They are both powerful--Healingbeing a poetic vision and Delphi a rollicking adventure in the early Civil Rights era. Both touch the heart and engage the mind and memory of the Southerner. Jonathan Odell is destined to become a legend in his own time.

Thanks for this Carol. I love how eloquent you are and what a special spirit!

Sounds like a fabulous book, Carol. Thanks for the great review.

Have a wonderful Sunday.
Hugs,
Betsy

I love those books that leave me emotionally drained. I will try this one for sure. Hope you are doing well.

Oh my friend, this sounds like a magnificent read. What a wonderful review!

God bless ya and have an excellent week sweetie!!! :o)

Thanks, Carol. I just downloaded "The View from Delphi" for my Kindle. It was inexpensive and I know I will likely go to our local bookstore for "The Healing." You haven't steered me wrong yet good blogger buddy.

The Healing makes my "to read" list. I have read THE HELP.

I currently am reading THE COLLECTIBLES.

Sounds like a great book! I missed blogging and getting everyone's insightful feedback. Enjoy your sunday!

Oh, they both sound good! Thanks, Carol!