If you watch the news, read a newspaper or surf the web, you have heard my town Hattiesburg, Mississippi mentioned this week..........we are in The Spotlight............ 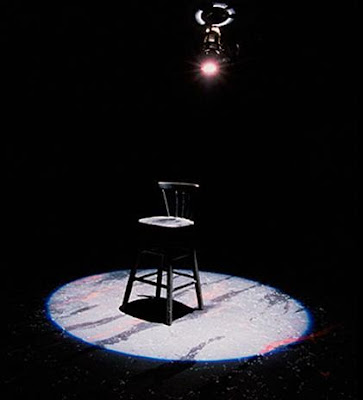 ONE REASON......... The NFC Championship Game being played this Sunday 90 miles South in New Orleans between The New Orleans Saints and The Minnesota Vikings. Now you say:
What does that have to do with Hattiesburg? Well, 98% of football fans here are Saints fans because Mississippi does not have an NFL Team. After all these years this is the very first time The Saints have played in a championship game much less had a chance to go to the Super Bowl! 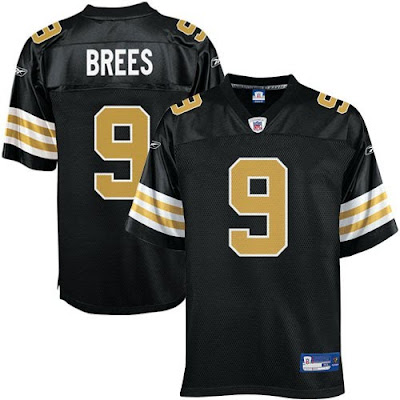 However...Vikings QB Brett Favre lives here and was the star QB of University of Southern Mississippi's 's Golden Eagles here. He is beloved by everyone here! So the football fans in Hattiesburg are as the saying goes; "between a rock and a hard place" when it comes to this game. WHO do we cheer for? They ran a poll on our local TV station and it's pretty divided.
Those interviewed are saying the same thing Hubby and I discussed; We will cheer for both and may the best team win................:) 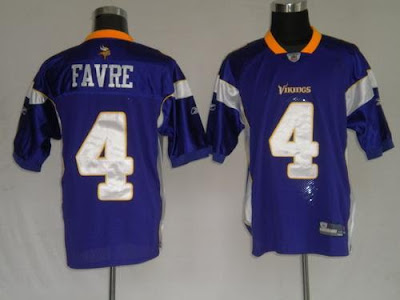 That scenario has us in the local spotlight but it's the problems of this guy that has trust us into the international spotlight........ 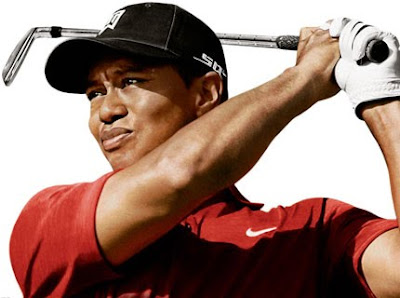 Little did we know that a famous sex addiction therapist was practicing here at Pine Grove Behavioral Clinic and yes, Tiger is here in therapy with him. 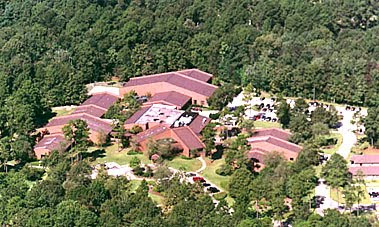 The clinic is having to build a higher fence to keep the paparazzi at bay....... 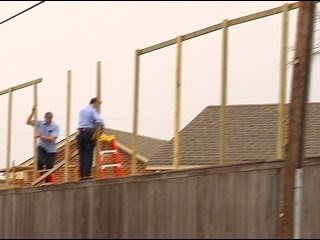 Owners of businesses located around the facility have been offered enormous sums of money to let them get up on their rooftops.......... 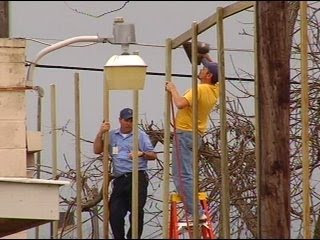 Every news media from around the world is camped out here! Even The National Enquirer! 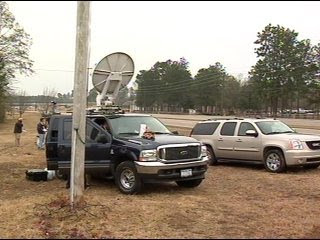 Now my question is, Why does the world care about the personal problems of Tiger Woods?
I think they should let the guy alone! He's trying to get help for a problem that caused eminence suffering for him and his family. He did NOTHING to us! His sex life is NONE of our business!
It does not affect his athletic ability. Why does the media LOVE to build up celebrities and REVEL in tearing them down? I will never understand this! My prayers are with this man and his family that he will be helped and be able to be a good father to his two beautiful children. He is a very talented man who has much to offer society if we allow him to handle his problems in private.
That's my opinion !
Have a great weekend everyone!! :)

Carol, you are famous for sure. Too many stories lurking around. Tiger is adding his own brand too.

The reason he is so much on people's minds is because of his goody-two-shoes reputation. He's a total tragic figure now.

I do agree, this is personal.

Well I think...the world wants to know because we are nosey. At first I wondered because I was just concerned about his stupid lifestyle hurting his wife and children...oh and his mother. I am firm believer in being a role model for younger people. He is one of the greats and with his fan base he sort of owes his fans a better story. If he didn't have the fans, his sport would not be as popular as it has become. Therefore, Tiger wouldn't be as wealthy.

I think many times it is the news media that causes all the problems. They will cover this until something more sensational comes to light about someone else, then they will move on and harass them.

Your post went from one conundrum to another! At least now I know what football teams are playing this weekend. The power of the media *sigh* Well, the other thing I know is that I wouldn't want to be anywhere near that fence when a good, strong wind goes through!

I was glad to hear Tiger was seeking help and trying to save his marriage....maybe the media "could" focus on the positive!!??

As for the football thing....i'm with you..."May the best team win!" I know Green Bay is cheering for the Saints...BFF lives there and they are still not over the Farve thing...

There is just something wrong in society when we love to watch 'em fall and kick them when their down. If he indeed is a sex addict, it is an illness like alcoholism. I don't understand why we just can let people heal and take care of their own business. Sorry I, go carried away.

You have had unusual focus on your area lately. Ya'll have fun and enjoy your football weekend!

I don't follow sports, but I'm happy for all of you. I don't follow the famous and their messes either. I agree that people should leave them alone. Hope you are feeling great! Have a good day!

That's a lot of excitement for one town. The football thing sounds fun. The other just feels ugly and hurtful.

Well you know who I am for this weekend --or at least I think you do!!! Since I lived in Nawlins for 5 yrs. I am and have always been a big Saints fan. I want that city to be able to REALLY celebrate --after what they have been through. BUT--if the Saints win and if Peyton wins, I will have a hard time knowing who to be for then!!!

I do feel sorry for Tiger Woods' family--but it's hard to feel sorry for him. Why do so many celebrities feel that common morality doesn't apply to them? Tiger never tried to get help UNTIL he was caught. He (like so many others) was a role model to both kids and adults. I pray that he can get the right help. I only wish the best for his family.

Just my 'humble' (not so humble) opinion...
Hugs,
Betsy

Psychology and sports and two subjects that I have never quite figured out.

May your favorite team win.

Oh my goodness...how I am pulling for the Saints! But I have to say, it won't hurt nearly as much losing to Farve and the Vikings if that is what happens. I like Farve, but as you probably know my roots are deep in New Orleans. If New Orleans wins tomorrow, my dear departed mother will be turning over in her grave in the St. Roch cemetary over in the 9th ward! LOL!

Well since the VIKES beat the "BOYS and I kinda favor ole codgers, I'm leaning toward the Purple People Eaters.

But I also have read how Brees really has saved the spirit of a town and is given more than he has received.

So I guess I'm like you and your husband on that one.

As for Tiger I never watched golf until hhe and is unbelievable perfectionist skills made news. It is unfortunate he was portrayed as good two shoes, as I can't remember his really trying to cultivate any image but an unrelenting desire to win golf tournaments.

The Media buildeth up and the Media taketh away; that seems to go for athletes, politics, and any one prominently in the spotlight,

I couldn't agree with you more about the Tiger Woods stuff.

Watched the game and it was a pip. Even as good as he is though, it was painful to see them beat up on the poor fellow. I do hope this was his last year. He has the talent to go on but should he risk his health?
Like both the Colts and Saints so I will not be unhappy with who ever wins since the Dolphins will only be in the stands.

Carol, I agree with you. It's sad the the famous can't make a mistake without being crucified. It's as if the media and the public think they're gods and shouldn't make mistakes. I don't condone his actions, but I do feel for him and his family. They should be left alone and allowed to heal. It's a very tragic situation.

I hate when the media pounces on the personal problems of anyone, if they'd just report the actual news, they'd have way to much to do.

I must agree with you about Tiger Woods...I don't WANT to know about his personal life and his addiction, but the media is 'hell-bent' on catchin' a glimpse of the poor guy...Granted, what he did was not kosher, but he IS doing something about it...let him be!!
I thought that the fiasco with Britney Spears was going to NEVER quit about her and her antics and shaving off of her hair...*sigh*
Good post, Carol!

He can hit a little white ball very well, end of story. He has no morals, end of story. I am not interested in Tiger Woods love life. What do they think they'll see if they do get atop one of those roofs? So ridiculous. Really.

Interesting......If someone offered me tons of money to stand on my roof, I have to seriously think about it!
Enoy your fame!

Go Brett, I say!
Never been to Missippi, New Orleans or Green Bay or Minnesota so I am not biast.

As far as Tiger is concerned I feel that we hear enough bad news everyday. Let us focus on the positives of this world. Tiger made his bed, now unfortunatly he is being made to live in it.....with many, many women.